August 26, 2019, only three years ago, Canada’s then Environment Minister, Catherine McKenna, adamantly denied a claim by Conservative MP and now Leader of His Majesty’s Official Opposition, Pierre Poilievre, that the federal Liberals had a theretofore undeclared plan to go beyond their own $50/tonne cap on the carbon tax.

Just 15 months later the headline, “Federal carbon tax to increase to $170 per tonne by 2030 as Liberals unveil new climate plan,” in a National Post article, confirmed Poilievre’s predictions to be prescient.

The broken promise was not a surprise to me. In my former position as Premier of Saskatchewan, we met as First Ministers in Vancouver not long after Mr. Trudeau had led the Liberals to victory. At that meeting, Trudeau promised he would not impose a federal carbon price/tax without the input from a subsequent meeting of Canada’s ministers responsible for the environment.

We took him at his word.

While that very meeting of Environment Ministers was taking place in Montreal in October of 2016 ….in Ottawa, Prime Minister Trudeau unilaterally announced the federal carbon tax.

I remember taking a call from Montreal from our frustrated Environment Minister, now Premier of Saskatchewan, Scott Moe. He asked if I would sanction him for walking out of the meeting to protest the cavalierly broken promise. I did. And he did.

How does this relate to the recent discussions about the federal target for a 30% reduction in nitrogen fertilizer application by 2030?

It is a cautionary tale to Canada’s agriculture sector.

Due to farmer-led protests in the Netherlands, awareness was heightened in Canada and worldwide regarding the likely impact on producers and agriculture of various proposed and confirmed pesticide and fertilizer mandates and bans.

Alanna Koch, Chair of the Global Institute for Food Security noted in a Western Producer article that the EU strategy to go to a 50% reduction in pesticides and 20% decrease in fertilizer application by 2030 – was “a disaster.”

“I have to think it’s going to fail because they will go hungry….”

Gunter Jochum, President of the Western Canadian Wheat Growers Association, said of Canada’s target to reduce fertilizer application by 30% by 2030, “…looks like they are trying to emulate the European model…”

He continued. “This is really troubling because it is not really science-based. It is interest group based. It is NGO based and leaves the farmers and scientists on the sidelines.”

The Canola Council of Canada and Fertilizer Canada commissioned and released a report on the federal targets as part of this national discourse. They concluded that 30% is not “realistically achievable without imposing significant costs on Canada’s crop producers and potentially damaging the financial health of Canada’s crop production sector.”

The significant social and conventional media coverage stirred by the Dutch farmer protests, the advocacy on the part of Canadian agriculture trade associations, the interventions by Canada’s Official Opposition and Provincial Premiers, and the extensive commentary and advocacy on social media on what is colloquially known as AgTwitter – all had an impact.

The federal government was compelled to publicly reaffirm that a 30% reduction by 2030 was a target, not a mandate, and certainly not a ban.

This brings us back to the cautionary tale of the carbon tax.

Regarding climate change-related issues and attendant federal actions, mandates, and taxes, the agriculture sector and western provincial governments must be vigilant as to holding the feds to their commitments. In these matters, they have a track record of arbitrarily and unilaterally moving off previously stated positions in favor of more aggressive action, notwithstanding the economic risk and global food security implications.

The Canadian oil and gas sector ending up on the wrong end of federal policy and interminable attacks from various NGOs should be a warning for the Canadian agricultural sector.

The agricultural sector needs to remain politically prepared and active on the fertilizer file.

The government’s assurance that this is all just a target might be made of the same stuff as its various promises about the carbon tax. The fertilizer jokes write themselves.

But given that the best indicator of future behavior is past behaviors, this mandate issue is no laughing matter.

Brad Wall was the 14th Premier of Saskatchewan. He is the Principal of Flying W Consulting, a partner in the CW Cattle Co. Ltd, and serves on various private, public, and non-profit boards.

He is an advisor to the North American Equipment Dealers Association and will moderate a panel discussion at its upcoming NADC conference in Nashville, TN, November 15-17, 2022. 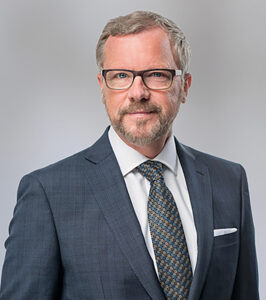