Making it easy to do business – that’s what Joey Henderson wanted for himself as well as his customers when he started Henderson Tractor & Implement in San Angelo, Texas. Putting himself in the shoes of his customers, Henderson sells both new and used equipment, services all kinds of equipment, provides free delivery, and more. 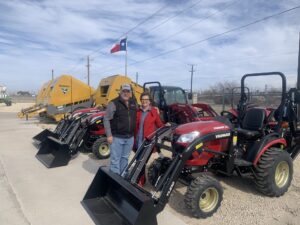 Joey Henderson and his wife, Lezlye, are proud of the dealership’s flagship brand, Yanmar.

Henderson started trading and selling used equipment in 2016. But he was no stranger to the equipment business. He had worked for about 30 years for Porter Henderson, a John Deere dealership, with his father and brother – Joe Henderson Sr. and Jeb Henderson. The West Texas dealership was launched in 1944 by Joey’s grandfather, Porter Henderson. About 70 years later the Henderson family sold the business to South Plains Implement.

Henderson said he wanted more control over his business, facility and inventory. So, after honoring a three-year non-compete agreement with John Deere, he launched Henderson Tractor & Implement. He traded and sold used equipment the first year of his new business. Then he signed on as a Yanmar dealer.

“I was pleased with the company and its product quality,” he said.

Many of his customers own between five and 20 acres and seek compact tractors for various tasks. Yanmar fit the bill. Henderson also decided to offer the manufacturer’s line of utility vehicles. They’ve been popular with his farmer-, hunter- and large property-owner customers, he said. 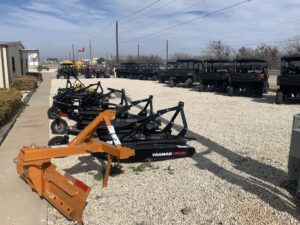 Henderson said he’s the only Yanmar dealership in West Texas. The dealership’s sales and service area extends from Midland and Odessa in the west to Brownwood in the east and from Abilene in the north to Del Rio in the south.

Responding to customer interest in hay equipment, Henderson added Vermeer products to his lineup in 2020. He liked Vermeer’s family-company atmosphere as well as the quality of its equipment, he said.

The Texas dealership also carries Woods Equipment. Henderson said he also seeks specialty items upon customer request and will trade equipment. “We’re not afraid to take trade-ins and we’ll sell equipment on consignment,” he said. “We provide personal service. Customers look to us to help fit their needs.” 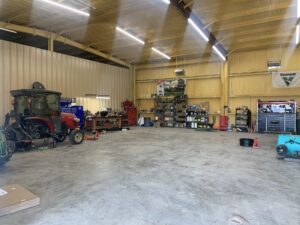 There is plenty of elbow room in the Henderson Tractor service area.

One of the keys to the dealership’s success is treating people well – with honesty and fairness, he said.

“We’re not trying to sell whatever we can. We’re trying to help customers find the equipment they need,” he said. “We’re not hung up on how much money we’re going to make on a deal.”

The dealership delivers equipment at no charge. If requested, the dealership will send a technician to the customer’s site to do repair work. The team also will spend time with customers explaining how to best use the equipment and can lend equipment for them to try.

“Sometimes it costs money, but keeping customers happy is cheaper than advertising to drive in more people.” 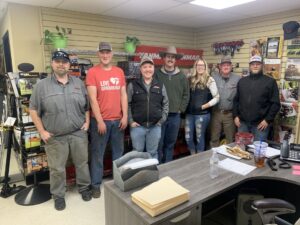 Henderson said he’d like to grow the business, but isn’t sure just how large he wants it to become. “I like having a small, family operation,” he said.

He will look for different product lines to sell and service. “There are always new opportunities and new products that can help set you apart from others,” he said. 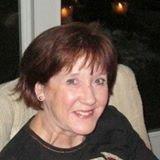