Gold statues and tote bags full of cosmetics don’t come with association dealer awards. But the awards received by WEDA members are meaningful because their contributions are examples of what kind of people make up the equipment industry.

Dealer of the Year 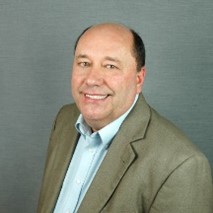 CEO John Schmeiser announced the award in February. The award recognizes individual dealers for their leadership within the industry, their dedication toward growing their businesses into successful entities, and their commitment and legacy to their communities.

The beginning of a career

Harold Chapman Jr. was born in Essex, Missouri, and graduated from Richland High School in 1979. He attended the University of Missouri-Columbia and graduated with a bachelor’s of science in agriculture mechanization in 1984. He then married his high school sweetheart who also graduated from MU in 1984. Harold said, “We have three awesome children, Sarah, Lauren and Christopher, son-in-law Chris Tannehill, and we received our first grandchild, Calvin Tannehill, in November 2020.” 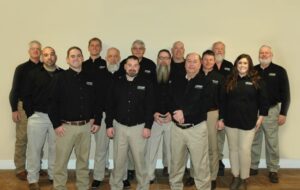 Growing up in Missouri’s bootheel, where agriculture is king, led Chapman to his love of farming. During college, it became clear that he would not be able to go back home and start farming. Interest rates, land and equipment prices, and availability of land along with other factors made this impossible. While in college, Chapman worked for Case Power & Equipment, the local Case (company store) dealership in Columbia, washing tractors, painting equipment – basically, anything that someone needed help with.

Upon graduation and marriage, Chapman took a sales job in another industry. “I did not enjoy the traveling and the business segment that I was working in, but I did enjoy the sales portion of the job,” he said.

After Case purchased the assets of International Harvester in 1985, Chapman returned to Case Power as a service manager. He worked in service, rentals, sales, and parts during those years, and in late 1989, became the store manager in Sedalia, Missouri. “I will never forget the time I spent in Pettis County,” recalled Chapman. “The customers I met, the employees at our store all pulled together and with teamwork, hard work, dedication to our customers and fellow employees, we turned the store around and became profitable.”

In 1992, Case sold the Sedalia store and in August sold the Columbia and Jefferson City stores to Crown Power’s parent company, Crown Diversified Industries Corp. This sale led to the birth of Crown Power & Equipment, with two locations, in 1992. Currently, Crown Power & Equipment operates 10 locations in the heart of Missouri from Macon on the north to Monett in the southwest. Crown Power proudly represents Kubota, Case IH, Case CE, Kinze, Vermeer, and Cub Cadet, along with other excellent short line manufacturers that are extremely important to the diversified customer base served at their various locations.

“The success of Crown Power and my tenure as general manager are blessings from God that I have received throughout my life,” noted Chapman. “I have been given opportunities to grow and succeed during the last 29 years and the Lord has blessed me with the greatest employees that anyone could ask for. We try to have a family-like culture in our company. We see fellow employees stepping up to help others when needs arise. Our store managers are the foundation of our company; they have a very close relationship with our staff. They are truly the reason that we are in business and still growing today.”

Chapman also recalled the advice of his father when it comes to managing people. “My dad told me when I got my first job leading fellow employees, ‘Never ask anyone to do something that you will not do yourself. Show them you are not too good to do it yourself and you will understand their problems as they complete their job each day.’  I have tried to live those words and shared them with many of our managers throughout the years. Respect is earned not given.

“As I look back on my career, besides the success and family we have at Crown Power, my involvement serving on the boards of the Western and SouthWestern Associations was one of the most enjoyable things I have been involved in during the last 29 years,” Chapman continued. “The friendships with fellow dealers from Missouri, Kansas, Oklahoma, and Texas, just to mention a few states, are truly special. Brand preference was not an issue. The dealers that I served with were all trying to make our industry better for all dealers, manufacturers, and for the future.”

An abundance of gratitude

“I would like to thank the staff at Western, SouthWestern, and WEDA for their dedication to our industry and the support they have given to our dealer membership and me over the years. Jeff Flora, Olivia Holcombe, Jane Male, and Curt Kleoppel, your friendship, dedication, hard work, always going the extra mile for dealers, and your caring attitude has been truly inspiring to me and many others,” said Chapman during the presentation of the award.

“Jeff Flora, thanks for giving most of your life to our industry and the passion you truly had to make the relationship between dealer and manufacturer positive for both sides. Most of all, thank you for the friendship that we have. I cherish that so much.

“I am not sure why I was selected for this award,” Chapman added modestly. “I truly have tried to be a good leader: honest, caring, fair, and dedicated to our employees, customers, manufacturer partners, fellow dealers, and this industry.”

Chapman concluded his remarks by doing what he’s known to do, giving thanks. “To John Schmeiser and the current staff at WEDA, thanks for your friendship and the honor of being selected for this award. To Cherie, my kids, my sisters, my family in the Bootheel, and our Crown family, this award was earned due to your love and support for Crown Power and me. Thank you.” 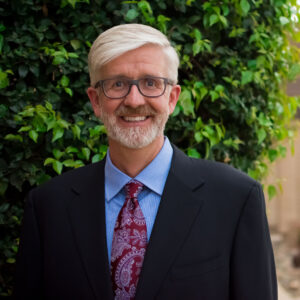 In a year defined by challenges, WEDA recently acknowledged the contributions made by Stotz Equipment to the industry for its advocacy efforts. The dealership not only faced a challenge head on, but helped to overcome it.

Jason Behrend, vice president of sales and customer experience at Stotz Equipment, accepted the 2020 Dealer Advocacy Award. Behrend and Stotz Equipment were honored for their work during the 2020 legislative session where proponents of right to repair legislation tried to gain the support of Idaho lawmakers.

Prior to the Idaho legislature convening in 2020, it was apparent there would be a right to repair bill introduced by supporters who intended to fast-track R2R legislation. With four locations in Idaho, Stotz stepped up to host a dealer demonstration at its American Falls location to educate stakeholders about the issue and what the dealership was doing to support its customers’ right to repair equipment to increase uptime.

Attendees, which included members of the Idaho Farm Bureau, could see that commitment on display at the event. The demonstration was held in the dealership’s service shop that was then undergoing an expansion aimed at improving their ability to serve Stotz customers. From sharing its innovative solutions for preemptively diagnosing repairs to its support of workforce development in the state of Idaho, the mission of the dealership was evident.

Following the dealer demonstration, constructive discussions began, but R2R proponents still brought two bills before the Idaho legislature in 2020. The task of refuting the message of right to repair proponents and sharing the dealership’s story of cultivating long-term relationships with its customers was put in the hands of Behrend.

In meetings with the Idaho Speaker of the House, leadership of both parties, and the sponsors of the bills, Behrend persuasively presented the dealership’s perspective. Those advocacy efforts culminated in a contentious hearing before the House Environment, Energy & Technology Committee. However, it was the testimony of Behrend and other dealers that proved decisive in defeating the bills.

A look at Stotz

Stotz Equipment is a family-owned equipment dealership that traces its roots back to 1947. With 25 locations in eight western states, the Stotz brand is synonymous with the values of quality, integrity, loyalty, caring, and community. Under the leadership of Tom Rosztoczy, the company continues to live up to its mission of making life easier for its customers through long-term relationships, flexible solutions, and uptime availability.

For its efforts in contributing to public policy outcomes benefiting the equipment dealer industry and its ongoing effort to create a better life for their families, communities, and people connected to the land, the WEDA board presented Behrend and Stotz Equipment with its 2020 Dealer Advocacy Award.