What is it… and how does it work?

As 2021 plunges forward, and markets continue to rise, one topic we are receiving questions about is cryptocurrency and its feasibility in investment and retirement planning.

Cryptocurrency is becoming an increasingly prevalent part of our world and is being implemented in several ways. As more cryptocurrencies, such as Bitcoin, Ethereum, XRP, and many more become more relevant, it becomes more important to understand them and how they work.

Each block contains a timestamp and a hash, a code created by a mathematical function that turns digital information into a series of letters and numbers. If one user tries to change the information on the blockchain, the hash code also changes. This adds a layer of protection because if someone were to try and hack the blockchain to steal cryptocurrency, it would easily stand out due to the different hash code.

To make any changes on the blockchain, a 51% approval rate is required from users. The majority rule of blockchain is not only useful to prevent theft, but it can also pinpoint any errors that have been made and correct itself. This rule also ensures that the changes made to the blockchain will most likely be for the common good.

One topic on cryptocurrency that is being talked about more and more is the energy consumption related to the mining of cryptocurrency, which has become heavily regulated by many governments. The Chinese government has come down hard on cryptocurrency mining in China and recently banned all mining of Bitcoin. As of April 2020, 65% of all Bitcoin mining was taking place in China due to the low energy costs.

Mining is all guesswork with a lot of luck involved, as the first miner to arrive at the correct 64-digit hash is the one rewarded with a certain amount of cryptocurrency. The term “miner” is used loosely as all mining is done on automated computers constantly running a mining program.

Cryptocurrencies have set up mining in a way that the cryptocurrency received from mining will be diminishing until it hits its supply cap. For example, miners of Bitcoin would receive 50 Bitcoin per block mined back in 2009 when the currency first started. That amount reduces every couple of years and will continue to reduce until Bitcoin hits its supply cap at 21 million coins. Many experts believed that the last Bitcoin would be mined in the mid 2100’s, but with new laws on mining, that date will most likely be pushed back.

The need for mining is not finished whenever the last Bitcoin is mined as each transaction still needs to be validated. Mining will probably shift to a fee-based industry, where Bitcoin transaction fees may go to the miners. Currently, only small fees of no more than $50 are charged by miners for processing transactions, but that figure will surely rise over time.

Decentralization is an attractive, yet somewhat mysterious aspect of cryptocurrencies. With many cryptocurrencies, it is impossible to establish who has ownership over the coin if purchased anonymously, despite the coins being traceable. For this reason, cryptocurrencies get a bad reputation as people assume it is often used for illegal activity.

While cryptocurrencies have been found to be used for illegal activities, the vast majority is used for legitimate business purposes. This is just because Bitcoin is a currency for the users to use how they see fit, which unfortunately means illegal activity for some.

Decentralization also allows for little to no transaction fees, faster transactions, and 24/7 accessibility. Buying and selling cryptos are all done on exchanges, such as Coinbase, Binance, Kraken, etc.

What’s in their wallet?

Bitcoin uses a private key that is a 256-bit secret number that allows Bitcoin to be unlocked and sent. Once the coin has been sent to the public address of the seller, the coin will go to the seller’s cryptocurrency wallet. Cryptocurrency wallets are defined as being “hot” on a device connected to the internet, or “cold,” a device not connected to the internet, like a flash drive. Cold wallets are the best way to store long term holdings because if someone wanted to steal from that wallet, they would have to steal the physical hard drive.

The world of cryptocurrencies is quite complicated and everchanging. With this being unchartered territory, it is hard to predict the future landscape with constantly changing technology and updated regulations. Whether cryptocurrencies are here to stay or destined to fail, it is something to be paid attention to.

We hope you have found this helpful as we continue to study and understand the role cryptocurrency plays in portfolios and investment planning. As always, remember that your advisor works for you. Never hesitate to reach out with questions or concerns. 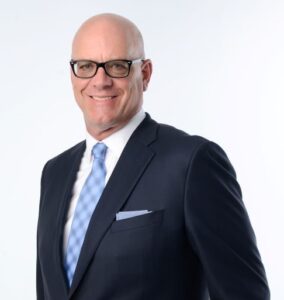 Vance Wentz is an advisor with TFB, Inc. Vance graduated from Kansas State University with a degree in finance. The Western Equipment Dealers Association endorses Tax Favored Benefits as a 401(k) provider. No compensation is received. More information is available at www.taxfavoredbenefits.com.