Welcome to this edition of Legislative Landscape. I’m John Schmeiser, CEO for the Western Equipment Dealers Association. In today’s topic, we address the impact that the U.S. election results may have on Canada.

After days of tallying votes, The Associated Press has declared that Joe Biden has won the 2020 presidential election. That means Canada will be readying for an incoming Democratic administration, after four years of often-tense relations with Donald Trump.

Over the course of the campaign, WEDA has looked at the key policy approaches, commitments, and track records of both president-elect Biden and outgoing president Trump, to get a sense of what impact each would have on Canada in the event of their election.

First off, starting with agriculture. The Biden campaign relied on Obama era Secretary of Agriculture Tom Vilsack as their senior advisor during the campaign, so one can expect a return to like policies for agriculture. Their policy platform suggests the next administration should pay farmers to adopt climate-friendly practices. There is a zero-emission goal for agriculture and increased investment in conservation practices. There is a statement outlining the need for regenerative practices that make soil a carbon sink, rather than a source of greenhouse gas emissions. They have pledged additional support for ethanol and biofuels and farm subsidies allocated through the Farm Bill may be tied to implementing healthy soil practices. Although Canada comes nowhere close to providing support to producers like the U.S. does, there is no indication that farm support will be scaled back. Even so, Biden’s position on agriculture is light but may align philosophically with the Trudeau government. Whether producers will agree that this is in the best interests of agriculture remains to be seen.

With the closure of the Canada U.S. border at least until November 21, Biden’s response to the border and immigration issues are things that Canadians will pay attention to. While many Americans don’t typically spend a lot of time thinking about the Canadian border, 2020 has not been a typical year. Non-essential land crossings have been blocked since March, due to the COVID-19 pandemic. Despite exemptions for some to reunite with loved ones and kind words from both sides about the collaboration on decisions around the border closure, the still-raging virus means that cross-border travel is set to be restricted for some time.

For how long, though, could depend on how successful Biden is at following through on his promise to get COVID-19 under control in his country. The recent announcement by Phizer on the development of a vaccine holds promise for not only North America but around the world.

When it comes to immigration, Canada has lofty goals for the year ahead in terms of welcoming new citizens. While Canada was thought to have benefitted in some ways by appearing to be a more inviting country for newcomers during Trump’s presidency, Biden has a more open stance on immigration. So, under the Democrats, there could be new competition for immigrants as Biden has plans to expand the number of high-skilled worker visas granted in that country.

Biden has said that his immigration proposals are one way he will “take urgent action to undo Trump’s damage.” A common theme of his campaign material is that his presidency would be focused on reverting immigration policies enacted in the last four years.

An outstanding border issue remains the Federal Court’s striking down of the law underpinning the Safe Third Country Act, which allows Canada to turn back asylum-seekers from outside the U.S. at border crossings and require them to apply for protection in the U.S. instead. This is one we’ll have to watch to see how it plays out, and whether a different U.S. administration will be a factor.

Trade has been one of the biggest issues in the Canada-United States relationship over the last four years, as the renegotiation and ratification of the new North American Free Trade Agreement played out alongside the leveling of tariffs and counter-tariffs.

While Canadians aren’t in for another round of trade talks, Biden’s campaign platform contained an entire section on his planned approach to trade, and it’s centered around ensuring that “the future is made in all of America.”

His trade plans include bringing back critical supply chains so they’re not dependent on other nations during a crisis and promising to tighten domestic content rules, which may have implications for some closely-linked Canadian manufacturing sectors. Further, so long as the Canada-U.S. border remains closed, the business and economic relationship between the two countries is likely going to remain strained, with outstanding and evergreen trade irritants.

It is hoped that Biden is more likely to lean into the approach the Canadian government has tried to take, of making trade deals that do more than facilitate the movement of goods. Specifically, Canadian trade policy was asked to do things that aren’t necessarily trade, like ensuring there’s a fair playing field for workers, ensure there’s environmental regulation that protects the planet, and ensure that there’s some sort of level playing field and clear rules for the retention of ideas and intellectual property.

Those things aren’t really trade, but the Canadian government is hopeful that a Biden administration would align their trade strategy to include more things that are outside of trade policy. Regardless, there should be more nuanced trade conversation between the two countries with a less punitive approach.

However, there wasn’t a great deal of difference between Trump’s and Biden’s focuses on protecting American jobs so a Biden administration wouldn’t necessarily spell the end of trade action against Canadian goods.

Broadly speaking, the declaration of Biden as the next president of the United States should offer some immediate market certainty, but how the economy will fare long-term will depend to a degree on how he chooses to implement potential future pandemic stimulus as well as his plan to raise taxes on wealthier Americans.

Climate change is one of the Canadian government’s highest priorities and Biden now has the power to lead the U.S. through a moment that many top environmental experts consider a tipping point in human history. Biden’s environmental plan is starkly different from Trump’s. In July, he released a $1.7-trillion “Clean Energy Revolution” plan that would invest heavily in green technology and aggressively pursue making the U.S. power sector emissions-free by 2035. He has also vowed to recommit the U.S. to the Paris Climate Agreement and to encourage other countries to ramp up their own emissions-cutting goals.

Biden pitched his environmental plan as part of a coronavirus recovery mission, saying that the investments in green infrastructure will create much-needed jobs and help kick-start the slumping U.S. economy, a sentiment shared by Trudeau’s cabinet. Whether you agree or not with the Climate Change initiatives introduced by the Trudeau government, for the first time in their administration they will find an ally in Washington.

On Keystone XL — a multi-billion dollar project that would transfer more than 800,000 barrels per day of crude oil from Alberta to Nebraska — Biden vowed early on that he would scrap the pipeline, despite Canada’s backing and Alberta already investing billions into the project. This is concerning to the Canadian oil and gas industry and ideally, the industry is looking for someone in U.S. leadership that wants to deepen their ties to Canada in terms of energy security.

While Canada’s and the United States’ foreign policy approaches have differed lately when it comes to China our dealings with the Asian superpower have become intertwined on a few major files with significant political repercussions. Biden’s has stated that he intends to repair their relationships with their allies and stand up to strongmen and thugs on the global stage. But didn’t specifically address China.

Biden’s past travel to China in his role as vice president could be an asset. It should be less confrontational, and one can expect a return to “Obama style” diplomacy. Having said that a Biden administration might continue to try to pressure Canada and other below-two-per-cent NATO countries into increasing their defense spending. He’ll also have to decide the future of the country’s military interventions in Afghanistan and Iraq, and Biden could find himself caught between prominent Democrats who want the U.S. to help rebuild those countries and the many party voters who are ready for American troops to return home.

Regardless of your political beliefs, and whether or not you are supportive of either the Biden or Trudeau administration, there are a lot of things that the two governments can be supportive of, and perhaps a better working relationship is in store for the foreseeable future.

WEDA will continue our lobbying efforts on issues that impact our dealers and will keep you updated as things progress. Before we close, a quick reminder to check out our website – westerneda.com for updates on our advocacy efforts and other key industry information, as well as our new magazine website, www.equipmentdealermagazine.com.

If you have questions or concerns on this, or any other government affairs initiative, please do not hesitate to contact our office. 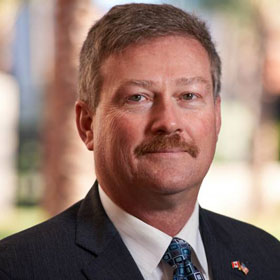